The vivo X60 series announced few months ago will make its debut in India on March 25. The media invite sent by the company doesn’t get into the specifics, but we’ve learned vivo will bring the entire lineup to India, which consists of the vanilla X60,X60pro,X60 pro+

The top-end X60 Pro+ is powered by the Snapdragon 888 SoC and built around a 6.56″ 120Hz FullHD+ AMOLED screen with a fingerprint reader underneath. The smartphone packs a 4,200 mAh battery with 55W charging and comes with a total of five cameras.

It has a 32MP selfie shooter inside the punch hole, and around the back is the 50MP primary camera joined by a 32MP telephoto, 8MP periscope, and 48MP ultrawide units. The last one comes with a gimbal stabilization system that can correct ±3° of movement.

The X60 Pro has a 32MP selfie unit inside the punch hole like the Pro+ model, but the camera system on the rear panel is different. It comprises a 48MP main, 13MP ultrawide, 13MP portrait, and 8MP periscope cameras.

The regular X60 also has an Exynos 1080 at the helm and shares the screen, selfie camera, and charging speed with the X60 Pro, but it has a slightly bigger battery (4,300 mAh) under the hood and a different camera system on the back, which is a combination of a 48MP primary, 13MP ultrawide, and 13MP portrait units.

Before arriving in India, the vivo X60 series will make its global debut on march, starting with Malaysia, but with snapdragon 870 instead exynod 1080. It remains to be seen if the Indian X60 and X60 Pro will also come with the Snapdragon 870 chip or retain Exynos 1080.

Offer announced for Jio Phone 2021: With this plan, 2 years of unlimited data and the new Jio Phone

WhatsApp confirms that after May 15, users who do not accepting the updated privacy policy will not use the app 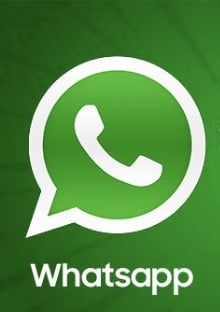 WhatsApp discusses what happens to users who do not agree with improvements to their privacy.